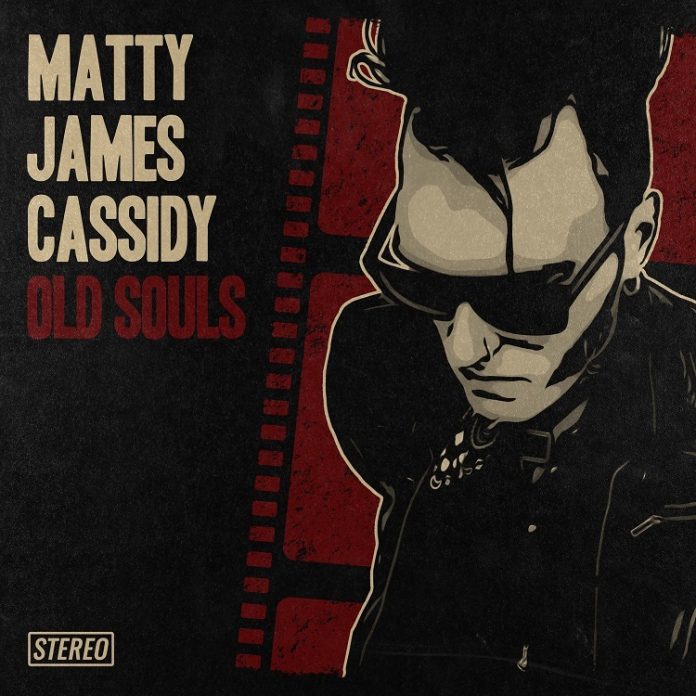 Since I was little, with the radio my Gran brought me 40 years ago, I’ve listened to music in bed every night. Sometimes, it scared me (the way I jumped at the end of “Wind Up Toy” by Alice Cooper still gives me nightmares!) but even now, 30 years or so later, you hear something and think: “shit, he’s right you know.”

So, today’s “shit he’s right you know” is this from “Born Ancient” – the very last track on “Old Souls” – when Matty James Cassidy sings this: “right now, this minute, we’ve never been so old.” Cheers. You don’t care if I ever sleep again, do you?

Help is at hand, though and it is right here on “Old Souls”, because – just look at the cover –  on these ten tracks, Matty James has infused each one with the spirit of rock n roll.

Now, the problem with those three words, is that rock n roll will mean something different to you than it does to me, so lets just get to the consensus that whatever it is, this has it. And plenty of it.

On “…Ancient” for example, he finds something Celtic that wouldn’t be out of place on a Ricky Warwick solo record. A kind of earthy, blue collar unbreakable spirit that, interestingly, wherever the record goes, seems to imbue the whole thing.

That is evident from the start. The harmonica drenched “Said And Done” sets a marker down as the opener. No pretension, no bull, no messing. Just some kind low slung troubadour flavours, circa Dog’s D’amour in about 1989.

This, if you had to use one word for it, is nefarious. The piano lick on the fabulous “Contradiction In Terms”, is the key moment in an absolute gem. Think Jim Jones Revue, think sweat running down the walls, and think how much fun a gig would be right now (not one of those ones on the TV, either, a proper one).

The best thing about this, is it suits someone like me with no attention span. There’s a country one, “Anodyne” (which is anything but and adds a Sax solo for good measure), while “The Art Of Falling Down” is blues, but if it was done by The Faces.

There are many strands to this half an hour. It is actually incredible how much ground this takes in, but whatever back alley dives it opens the door to, it is so well done. I haven’t mentioned the quality of the songwriting yet, which is remiss when the likes of the Nick Cave-ish “Rosary” are here. For all the fun and frolics, this could have been anything.

“Leave Your Heart At Home” is a prime example of that as it finds something Tom Petty-ish, and adds some glorious harmonies over the top, while the title track is world weary, but will not be backing down. The guitar tone he finds here, and the way the Saxophone matches it is really interesting. That he follows it up with an acoustic tinged ballad is typical of the record, in that you weren’t expecting it at all, but you should have been and “After All” is another one that seems to look back to the past, but oddly finds something fresh.

The overall feel of “Old Souls” is that of the similarly helter-skelter Urban Voodoo Machine. The feeling that it walks on the edge, could fall apart at any moment, but never does. That to me, is what rock n roll  should always be. And that’s why this is a master class in the genre.