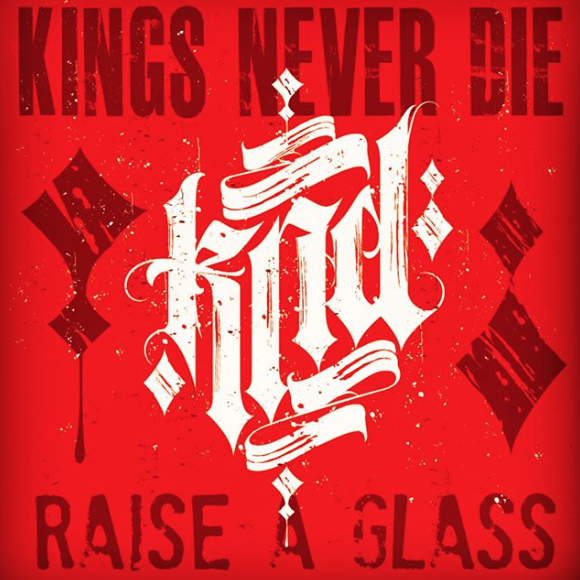 I went to watch Agnostic Front last year, for the first ever time. The thing that struck me about the gig more than anything, was the bond. The tight knit nature of things really came through.

Maybe that’s just the hardcore scene, it certainly seems like the guys in these bands do it for the love. They are not poseurs, they are men and women for whom the music matters.

That is particularly important here, given the nature of Kings Never Die. This is a band that has members from Murphy’s Law, Mucky Pup and Dog Eat Dog – and Vinnie and Mike from the aforementioned AF turn up at one point too.

They were born out of a first single – the lead track here. “Before My Time”, and they decided, via a live show, to do it over an EP. The idea that this is just for fun comes through, of course, but as ever with hardcore, there is a serious side to it too.

It is also ferociously heavy. Larry Nieroda of Murphy’s Law and Stigma and Dan Nastasi of Dog Eat Dog, meld together the riffs, and it sounds like being bludgeoned by a concrete block at times. Dylan Gadino on vocals channels this anger, spitting out the lines with a real fury, and even if the thunderous rhythm section of drummer John Milnes (Mucky Pup) and the bass of Jay Kaflin (Sub Zero, Son of Sam) ensure “You Never Know What You Might Find” is a kind of punk anthem, it is one that would be best played in a drunken moshpit.

Vinnie Stigma does what he does so well on “Raise Your Glass” and you kind of feel that they are toasting not just the fallen comrades here, but also the music. There is a real glee about the solo, for example.

The last one “The Juice” cranks the speed up a few notches, and even gives itself a kind of de facto encore, as it stops before delivering a vicious beatdown by way of a close.

A superb EP, one that encapsulates, surely, all that is great about hardcore – the music, but also the camaraderie. And surely, we can all drink to that, right? Mine’s a Pepsi Max, please.