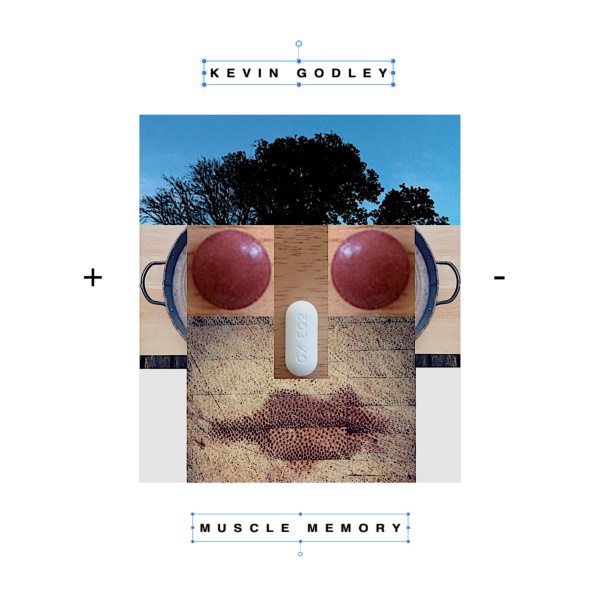 Kevin Michael Godley is a singer, songwriter, musician, and music video director. He is known as part of the art pop quartet 10cc with Graham Gouldman, Eric Stewart and Lol Crème, who seemed to be constantly in the charts from 1972 to 1976 beginning with `Donna` and ending with `The Things We Do For Love` before Kevin and Lol departed to collaborate as part of Godley & Crème. Their 1985 hit `Cry` was as renowned for its video as much as it`s musical popularity. In July 2017 Kevin posted an invitation “Write and record with me.” On Pledge Music, a platform for musicians to connect directly with fans who could pay for music in advance to support the creation of albums. The project took the potential of this remote, socially distanced collaboration further. Kevin received 286 instrumentals, choosing to conceal the names of submitters so as not to focus on high profile artists. Of these 11 were chosen for the final track listing. In May 2019, before any money pledged had arrived to support the album, Pledge Music declared bankruptcy. The lists of pledgers gone, the project stalled, until The state51 Conspiracy contacted Kevin and funded the project so that those who had paid would still be able to listen to the record they were helping to make. The record being “Muscle Memory”

The album opens with `Expecting A Message` co-composed by Kevin and Luke Mornay. It begins with electronic beeps before moving to a more reggae vibe with soulful backing. A song about anticipating the best and getting the worst. A narrative about alien abduction, which may or may not be real. A really entrancing introduction that reminded me of the really intriguing stuff Talking Head`s David Byrne does. A track about the shock of bumping into people you never want to see again follows with `The Ghosts Of The Living` a wonderfully melodic stripped back piece with some synth splashes and Spanish guitar shades throughout. A track co-composed with Achim Treu.

`Hit The Street` is a about the mysterious death of Jazz legend Chet Baker, once known as the “prince of cool”, co-written with Claus Poulsen. An ironic title maybe as Baker was found dead on the street below his room having fallen from the second story window. A superbly reflective and melancholic number with piano and trumpet unfolding this tale of isolation, pain and loneliness that is reflected within the heartfelt vocal delivery. There`s a sort of scat come African tribal jazzy feel to `The Bang Bang Theory` a paradoxical offering about the current incumbent in the Whitehouse`s attitude to guns, stupidity, and American politics, co-composed with Bob Beland.

`5 Minutes Alone` is about love, obsession, grief, and revenge. The first three being part of most peoples’ lives and revenge becoming available via a bespoke service on the dark web. It was written with Alex Dunford and it’s a delightfully disturbing listen aided by the fact it`s so stripped back with just a piano, a drum beat and Kevin`s deeply rich vocals. A repetitive drum heartbeat runs through `Cut To The Cat` with an almost distorted vocal relates a tale of a compromised media executive struggling to understand what content he can still produce in a hair-trigger cultural landscape. A co-composed number with Rori Coleman.

`One Day` written with Guy Jackson is an interesting concept. “Imagine software that digests an artist’s entire recorded output, analyses it at granular level and, at the touch of a button, creates new tracks from the original data. Here already? Still to come. Terrifying or fascinating? What do you think?” All this and put across in quite a dreamy, hypnotic anthemic way. There`s a distant tinkling piano and mesmeric drum beating through `All Bones Are White` written by Kevin and Giles Perring. A track that is came out of the disturbing events in Charlottesville Virginia at a Far-Right Rally and counter protests on August 11th and 12th 2017 which led to a death and injuries to a number of innocent protesters.

`Periscope` is a really dreamy outing co-composed with John Moulder. A troubled man is losing touch with the modern world, so he barricades himself in the basement of his house and resolves to re-examine the contradictions and trajectory of his life before total paranoia sets in…but he fails, and it does. A contemplative composition where the narrator recognises that they need help but…. There was a sort of Was Not was meets Colin Vearncombe feel to `Song Of Hate` which sort of shuffles along. Kevin related “There are people in my working life who I’ve cherished for their talent and dedication. But there’ve also been a few who are so uniquely loathsome and inept that I felt the need to celebrate them here, because no one else ever will” The song was written with Wouter “Wally” De Backer better known by his stage name Gotye a Belgian-born Australian multi-instrumentalist and singer-songwriter. It`s a truly captivating listen.

The album closes with `Bulletholes In The Sky` written with Paul Eastham. Kevin shared that “This song pretty much sums up everything I’ve been singing about on Muscle Memory. It’s a sad, but hopefully not too pretentious glance around the so-called civilised world, as we collectively stumble towards an uncertain 2021” it is at times sparse with just a piano but has some flute textures and a quite haunting vocal delivery.

“Muscle Memory” is a composition, that needs to be listened to on a number of occasions and like a work of art it will then allow you to digest it`s many subtleties. There are some difficult and varied topics covered within, such as Gun control, social unrest, racism, alien abduction, disaffection, and political correctness to name but a few. It`s quite varied musically and will seep into your subconscious. Once again Kevin Godley has delivered some intelligent, sharp, inventive, thought provoking and imaginative soundscapes for us to enjoy.