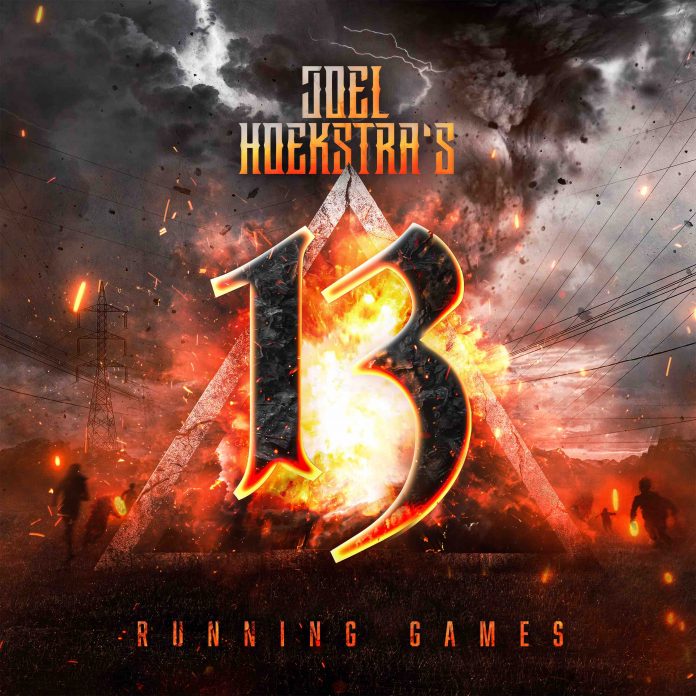 I haven’t watched The Simpson’s in twenty years, so I don’t know if Troy McLure is still a thing, but weve someone like Joel Hoekstra, I always have the urge to go: “you may remember him from such bands as Whitesnake and Trans-Siberian Orchestra”.

In truth, though, that merely scrapes the surface. Broadway? Yeah he’s conquered that, standing behind Cher when she plays live, yep that too, Solo records? Instrumentals? Look, just assume if its musical, then Joel has done it, it saves time.

With Joel Hoekstra’s 13, though, its one of those bands that Frontiers records love. A load of really famous rock musicians getting together to do what they do best.

The names here – even for one of these things – are stellar. Joining Joel, are the likes of Derek Sherinian (Dream Theater, Black Country Communion) Vinny Appice on drums, Jeff Scott Soto even does backing vocals, for goodness sake.

But – and here’s the crux of it – you can get any star you like and it doesn’t make a good team, but 13 is more than lucky for some, because its pretty incredible.

There’s one name I left off the list of stars in particular. That of the lead vocalist. Russell (Symphony X, Adrenaline Mob) Allen. Now, personal declaration here. He is – along with JSS, the singer I consider to have the best voice in rock – and for me, he proves it here again.

Long, polished and classy, this is a collection that reveals itself almost immediately. That is to say right from the first riff – the massive wall of guitar – of “Finish Line” it is muscular, kinda prog metal, kinda power metal, and kind of Sons Of Apollo-esque pomp.

Lyrically, though, it’s incredibly interesting too. “The evil thoughts inside my brain” are discussed as early as the first song, and even the wonderfully catchy “I’m Gonna Lose It” deals with lost love in a fresh way (which to be fair is tough at this point!)

The musicianship throughout is top notch – that’s kind of a given, I suppose – but the way they rip through the chugging “Hard To Say Goodbye” and “How Do You Do” is done with a rare glee and a rare chemistry.

“Heart Attack” adds a blues groove, and is the type of track that you can almost picture David Coverdale at the studio door trying to nab this one for Whitesnake, one of the highlights too, so you couldn’t blame him.

The whole record, actually, can be summed up in basically one word: huge. There’s just a sort of effortless scale to the whole thing, whether its “Fantasy”, or the slide guitar driven “Lonely Days”, there’s just something in the DNA of these men that screams “bombast”. Even if it has a proper 80s AOR chorus, it still does things to a grand scale.

There’s also just a slight touch of sleaze, a little bit of a dirty groove to this too, that all great rock n roll – and do not doubt that this is exactly that – should have. “Reach For The Sky” has a touch of religion about it, but also a little of a knowing wink too.

“Cried Enough For You” is perhaps the heaviest and Allen’s roar is at full  effect here – indeed, it gets heavier towards the end, with “Take What’s Mine getting close to a proper “gallop”, but there’s no doubt that the title track is the most personal. Somewhere between Whitesnake and Led Zep, it starts with the line “those days I wish that I was dead, they still come at me and scream inside my head.” Is a stark take on depression, and it is a brilliantly incongruous end, yet somehow too, in keeping with the honesty that’s been on show throughout.

“Running Games” is more a marathon than a sprint, but hard rock doesn’t get much better or much classier than this.