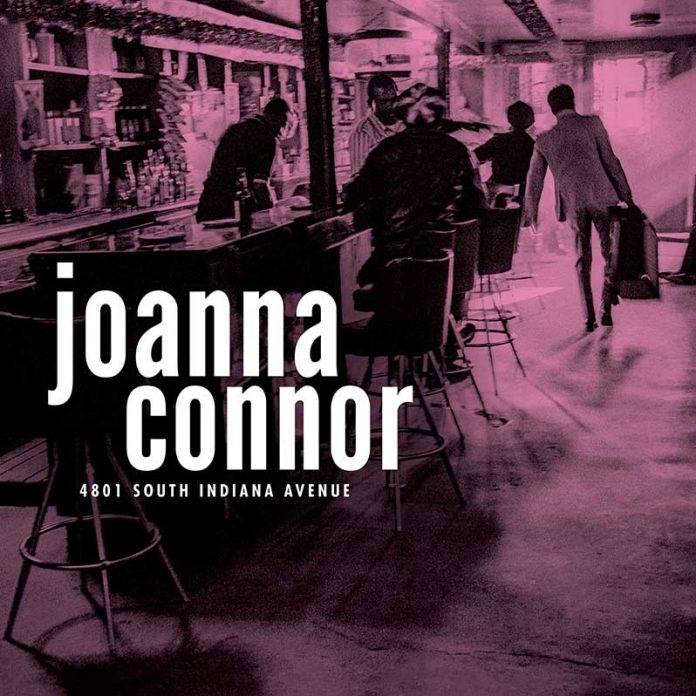 There were many ways I’d considered starting this review. “4801 South Indiana Avenue’ is the kind of album that lends itself to all kinds of exploration.

In the end, it came down to the last 20 seconds of the song “I Feel So Good”, where Joanna Connor just lets rip. She plays with a rare joy. She is lost in that crescendo and the result is one of the great song endings.

The reason for beginning with that is simple: more than anything, it just seems to encapsulate the feeling of the whole collection. This is a record made by – and made for come to that – people that just love music.

Connor’s back story is interesting. A lifer in the blues, she’s played with the greats, this is her 14th solo record, and she does a residency in Chicago where she plays three nights a week.

It was there, a log, long time ago that a young fella opened for her. He went on to do alright, did Joe Bonamassa. And the man himself accepted Connor’s invitation to produce this record. He also brought Reese Wynans with him, but this is just one of the stellar cast assembled for this thing.

Josh Smith – world renowned himself – plays on them all, and writes one and there’s some of the finest players elsewhere.

The results are stunning, Effortless cool exudes from every single note. Nine if the ten are covers but a disclaimer here: I am not going to mess about with telling you who they are all by. Two reasons. Not least because that would be a boring review more like a shopping list, but second, because it doesn’t matter: On “…..Avenue” Connor owns them all.

“Destination” sounds like the most fun anyone could have. A rabble rouser where the drinks and good times are flowing. The solo (a duet with JB and JC) is just perfect. Unhinged, it is as raw as I’ve ever heard Bonamassa. Maybe that’s what he got out of this, a chance to play with a little less polish?

“Come Back Home” is one of those where the piano sounds filthy. Utterly dirty. And although it feels redundant to say it about the great man, then Wynans is in incredible form throughout. Equally pointlessly, considering she is “The Queen Of Slide Guitar”, the playing on “Bad News” is incredible. A Luther Allison song it begins with some bells, like its going to be AC/DC, but instead it nails it. Perfectly.

“Please Help” unlocks something primal from deep inside, “Cut You Loose” changes tack with its rhythm and bass groove, while “Part Time Love” is apparently a staple of her live set in those gigs in Chicago. Whoever she chooses as the fill in, best be ready by the sounds of it, that’s all I am saying.

“It’s My Time” is perhaps the most interesting. Written by Smith, about Connor. It’s spoken word carries real menace, and if the crowd chatter over the top is perhaps something all performers have to face, then the words “let me show you why”, before she and Bonamassa rip a solo out of nowhere, underline perhaps why you ignore Connor at your peril.

And it is also another reason why the fact these are covers makes not a jot of difference. Because on “4801 South Indiana Avenue” it is only Joanna Connor who is on the home turf.