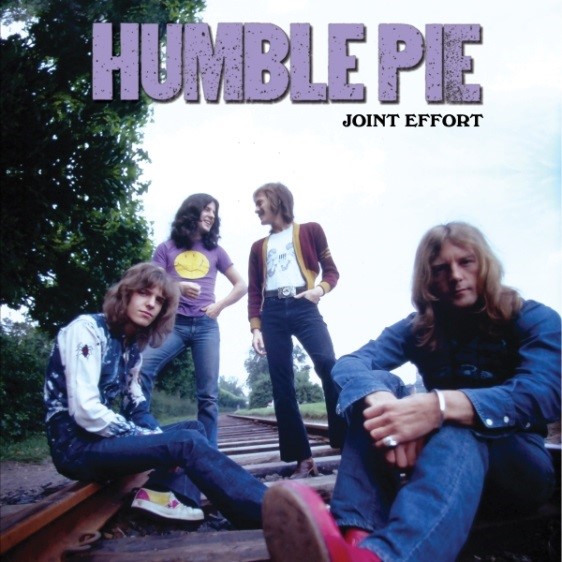 I started buying albums around 1974 but it wasn’t until I left school in 1977 that my habit really took hold. Whilst I started adding some of Rock’s earlier classic albums to my collection, Humble Pie were never on my radar. I suppose their musical peak was just a bit earlier than my time, as between 1970 and 1972 they were one of the biggest concerts draws in the US. Their live album from that period (Performance Rockin’ The Fillmore) remains one of the greatest of all time and when released as a triple set a few years back I decided to investigate. You can’t help but be impressed by the sheer heaviness of it all and with the legendary frontman Steve Marriott out front, you get what all the fuss was about.  By the time that album was originally released hot shot guitarist Peter Frampton had left and whilst they enjoyed continued success, the move to an R’n’B sound saw diminishing returns and they disbanded in 1975. Various versions of the Band reformed up till Marriott’s death in 1991. Beyond that the name still exists though now the only original member is drummer Jerry Shirley.

So what of this album? Recorded in 1974 and promptly shelved by the Band’s label at that time, it only now sees the light of day. What has to be said is that any fans expecting to hear ‘Natural Born Boogie Part 2’ will be disappointed, as this appears to be the pure soul album that Marriott always wanted to make.

Opening with James Brown’s ‘Think’ this track sounds just like guess what, James Brown! Complete with horns it is pure funk and is pretty much worth the price of admission on its own.

‘This Ol’ World’ is a mid-pace song in the style of Otis Redding, though the mix lets it down a bit in my opinion.

Slow soul ballad ‘Midnight of My Life’ is a Band original and features gospel style backing vocals and another great Marriott vocal.

‘Let Me Be Your Lovemaker’ is a piece of pure 70’s funk and it’s followed by their take on The Beatles ‘Rain’. This is given the full Humble Pie electric treatment but despite that it seems a bit incongruous to the rest of the songs.

However the same can’t be said of next song ‘Snakes & Ladders’. It has the funk thing going on and if Beth Hart is looking for songs to go on another album with Joe Bonamassa, this one should be top of the list. I think it’s by far the best thing here; it’s raw and it nails the groove from start to finish and is underpinned by a slippery guitar riff throughout.

‘Good Thing’ could have been an outtake from any of the Faces album from that period and the same could be said of ‘A Minute Of Your Time’ though both don’t really hit the heights of the earlier tracks.

‘Charlene’ is much better and has a ‘Bonnie & Delaney’ feel about it and it could have easily been a track covered by Clapton for any of his albums from that time.

A reprise of opening song ‘Think’ closes the album and it’s an extended instrumental work-out that is perhaps how the whole track might have been presented live.

So there you have it – a ‘new’ Humble Pie album for 2019. I’m not sure who the target audience will be as I don’t think it will appeal to the hardcore Humble Pie rock fans and if it’s not for them, then it can only be for Steve Marriott fans into his R’n’B singing and they must be a dwindling number. I also think the general sound mix is not good enough as it sounds unmixed – in this day and age, if you’re presenting something from the vaults, at least make it sound great. Yet despite these criticisms, the good stuff here justifies its release and you can’t help but wonder at the pure energy of Steve Marriott, undoubtedly one of the best frontmen we’ve ever seen.