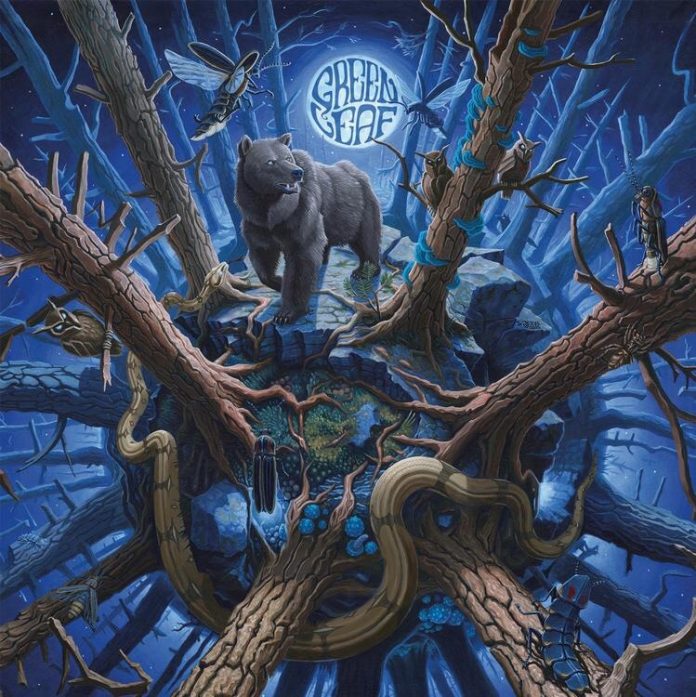 The former side project is anything but these days

Greenleaf main man – and only constant in 17 years – Tommi Holappa has piloted the band through some choppy waters over the course of its existence. Basically, it all started as a side project for the Dozer man, and over time has had more members than Deep Purple.

This intermittent status means that “Rise Above The Meadow” is only the Swedes’ sixth album, but it’s one that takes approximately three seconds to lay it’s cards on the table and announce its arrival. Riffs such as the one that kicks off “A Million Fireflies” aren’t here to do anything else than waste to the puny, this is survival of the fittest stoner rock style.

Not for nothing did these boys complete a European tour with Clutch last year. They’ve got the same ear for groove and if they are more psychedelic than Neil Fallon’s men, they do have the same ear for a mighty groove. Plus they can write a catchy chorus too, as “Funeral Pyre” rather neatly proves.

One of those bands that understands – just like MVM – we were born twenty years to late and missed seeing all our favourites the first time around; at least Greenleaf can pay homage. “Golden Throne” happily dons it’s flares and kicks a righteous 1970s freak out, while there’s an understated, brooding quality “Carry Out The Ribbons” which, with its echoes of Led Zeppelin, demands attention.

The feeling that given half the chance Greenleaf would jam like the Grateful Dead after a particularly heavy night, permeates throughout, but is really given its head on “Levitate And Bow Pt 1 and 2) which makes its intentions pretty clear with the line “get us stoned and we’ll come right back to life I know.”

If that track – which is similar in feel to the kind of thing that Monster Magnet have taken to doing on those remake albums – is a real highlight, then it’s follow up, the urgent and slamming rock n roll of “You’re Gonna Be My Ruin” isn’t far behind, while there is something primal about “Tyrants Tongue” as if they are channelling something straight from the depths.

An album which is both ambition and familiar all at once is also given a fine song to end with “Pilgrims” continuing the kind of exploration that this album excels at, as it veers from heavy to light material with a deft skill.

Their Facebook page contains the following description: Greenleaf is a righteous kick in the ass and a testament to the almighty riff!” It says. When you are right you are right. Side project? Not any more they’re not.