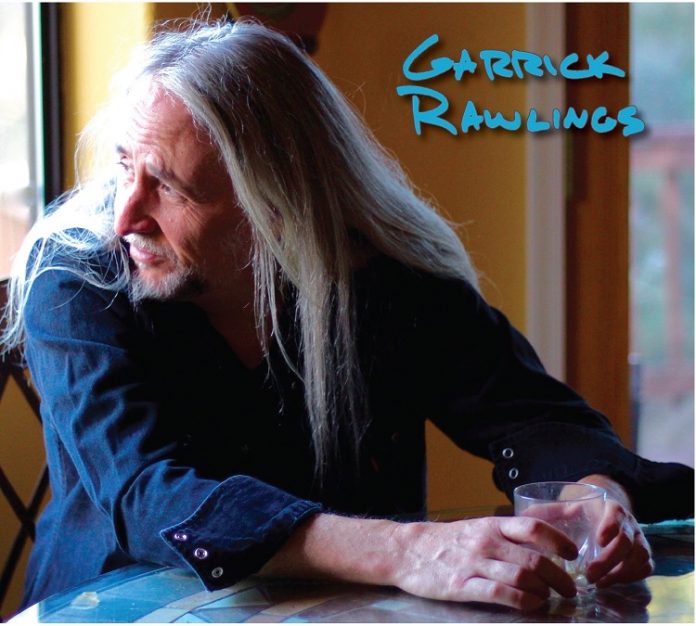 The two covers on “Garrick Rawlings” seem an odd place to start, perhaps, given that there are nine wonderful originals here written by the man who’s name the album takes, but it is perhaps instructive to do so.

The first of them “Friend Of The Devil” has been covered by everyone from Lyle Lovett to Counting Crows (in the interests of full disclosure, when I heard their version 20 years or so ago, I didn’t actually know it was a cover….) while the second is the last song on the album. “Poncho And Lefty” is a fine example of the genius of Townes Van Zandt, but it is to Rawlings’ credit that he finds a different angle to both.

More than that, though, the rest of the songs seem to provide a link between The Dead and Townes.

Rawlings is an experienced musician, a rocker who grew up in Michigan and who fell in love with the blues. He has been Ramblin’ Jack Elliot’s Road Manager (a job in itself, you imagine) and there is a sense of a life well-lived throughout this superb collection.

“I Want To Run Away” like many of them has the harmonies of I See Hawks In LA’s Paul Marshall and actually, it has the air of one of their tunes. There is a laid-back feel here, wherever the music goes.

“No Tengo Palabras (I Have No Words)” ropes in Leonard Cohen’s collaborator Perla Batalla for Spanish harmonies as it explores Latin culture while still using mighty fine Lap Steel.

That sound is all over “Lights Of Marfa” too – one of the true highlights here – it comes from a similar place to Springsteen circa “Devil’s And Dust” and the harmonies from Jaimi Lyn Shue take this to some magnificent heights.

Working here with Rick Shea (a celebrated singer/songwriter in his own right, who’s album I reviewed earlier this year) they have honed something that is beyond the norm. The Gram Parsons-esque “Lost In Time” is beautifully poetic – not to mention being probably the first song I’ve ever reviewed with a cello solo.

That said, for all the storytelling, the brilliant “Lincoln Penny” seems more personal and its country tones make it perhaps the best thing here.

It is run close, though, by “Eye Of A Thief”. If there has been a sense of a debt owed to Dylan throughout, then this one brings it right to the forefront. It is a protest song in the classic mould, and something that Woody Guthrie might have done if he was surveying this current political landscape.

“I Don’t Care What You Say” is more a classic honky tonk shuffle, but it is eclipsed by the mournful brilliance of “Whiskey, Cryin’ Pain” which is proof that any song with a mandolin is always a good one.

The rock guitarist Rawlings was is invoked a little in the lead work to “A Million Miles”, but it is also a superb example of the songwriter that he his too. And, no one will fail to spot the Tom Petty stylings here.

These are songs with the dust of the road in their lungs. Authenticity is something you can’t buy. Garrick Rawlings screams authentic throughout these 11 cuts. Singer/songwriting in the great tradition, it is an album you sense he simply had to make.