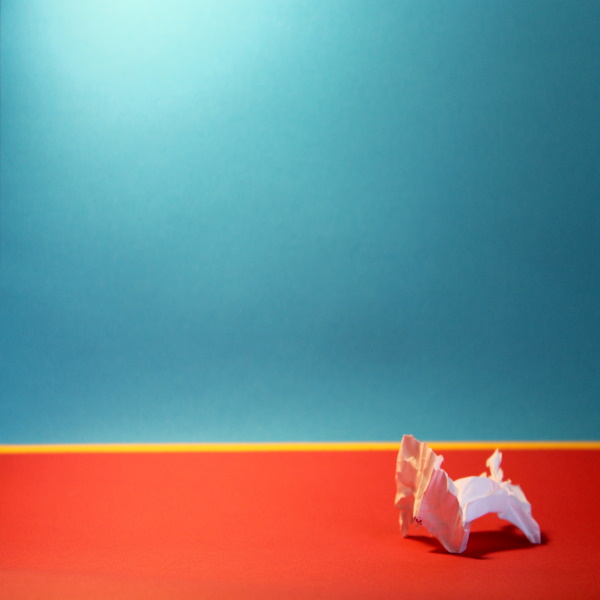 Evan Wardell is another interesting artist that I’d never heard of, but a quick internet trawl and I find he is an San Francisco based musician, songwriter, producer, and audio engineer.

His music blends vitriolic passion with meandering psychedelia into a soup of poppy, hook laden indie rock that seeks to understand just what makes its creator tick.

“In Like A Lion // Out Like A Light” is an album about struggle. It was written, performed, produced, recorded, and mixed entirely by Evan Wardell (he even made the cover art), his latest release enumerates the pains of addiction, heartbreak, and the struggle to just get out of bed in the morning.

The album opens with `Gettin Across` a song that builds musically and vocally and becomes quite manic towards the end with the lyric “is this getting across” repeated quite menacingly. There`s a more laid back quite lethargic feel to `Love Song` which has some intricate guitar chords and interesting key sounds, wonderfully poppy.

I thought `Get By` was a really curious offering which begins really light and dreamy with delightful synth swathes and breathy vocals before straying more anthemic and folky earthy then quite aggressive towards the end. A real curve ball and mix match of styles. The title track `In Like A Lion // Out Like A Light` is quite forceful with some grinding guitar chords, bashed drums and lyrics that are shouted almost spat out at times.

Evan`s vocals are more prominent on `Holding On` which has a drum machine dictating the pace with some charming guitar, keyboard, and synth splashes throughout. It felt marvellously hypnotic at times. A strummed guitar leads us into `Healthy Wise Free` as a brushed drum joins with the gentle vocals and guitar chords that lead us through this reflective piece before it adopts a more belligerent musical discord approach in the last forty seconds or so.

`Wandering` seems to relate to the state of the narrator who seems to have come through a recent romantic break up. The musical accompaniment has some cracking guitar licks and deep organ surges, the hurt can be felt in Evan`s vocal delivery. There`s a real indie feel to `Giving Up` which is quite an off-kilter foot tapper which reminded me of Beck`s lo-fi style and delivery at times. Again `BLS` or Bored Lead Singer was another composition that had a laid back, lo-fi feel, superbly lethargic.

`With Teeth` is a real trippy stop start affair that will have you drifting off in an entrancing state not somniferous but more bewitching. The album closes out with `Like A Ghost` which does seem to have a ghostly, shadowy vibe as it veers in and out with churning guitar and vocals that are offered up in an almost lacklustre way.

There was a lot to enjoy with “In Like A Lion // Out Like A Light.” It`s quite an eclectic composition with some distinctive vocals that needs a little time to sink in. A difficult one to categorise but if you enjoy artists such as Elliot Smith, Mathew Jay, and Beck, i`m sure you`ll warm to Evan Wardell. There are some really absorbing tunes that have enough variety to keep you engaged throughout. An impressive debut.