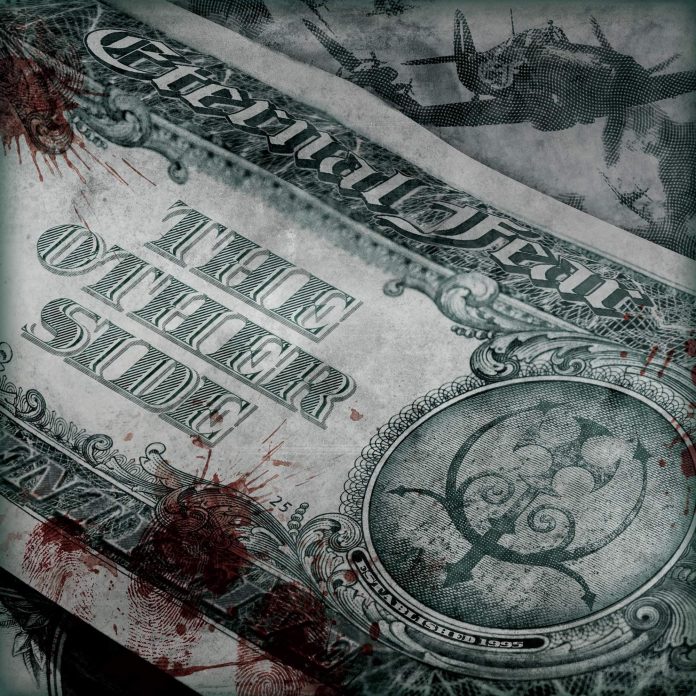 Hats off, it seems to me, to the bands that keep going, in the words of the great Billie Piper, because they want to.

That is to say, the fabulous bands who are out there making music – by and large away from the public gaze and those for whom stardom would be nice, but isn’t the reason.

The ones who haven’t got a clue how many likes and shares they have on social media and are less bothered by being “influencers” than honouring their influences.

The point – and there was one – was “The Other Side” is Eternal Fear celebrating their quarter of a century together. Now, the average person in the street might not know who they are, even they would accept that, I imagine, but nonetheless, its probably their finest work to date.

If I say there’s nothing clever about it, it might sound like damning with feint praise, but it isn’t that at all, its just that I always feel metal doesn’t need to reinvent itself, it just needs to remember it is metal.

And, right from the title track where Ove Johnsson merrily sings “I can feel my ancestors calling me” it is tempting to think that he doesn’t actually mean his bloodline, what he means is Maiden, Priest and a touch of thrash.  Indeed, the way the drums thunder after he says is it, is arguably the band at their heaviest.

It is noticeable that the anger and the toughness is dialled up throughout this. “Post War Dream” absolutely slashes its way through a solo, and makes you long for when you can actually go back to gigs again. The musical equivalent of the handbrake being taken off and just going for it.

“Defenders Of The Realm” continues the concept of ancestors – and there’s a bit of a Sabaton thing going on, albeit with a touch more of a metal gallop perhaps – you can certainly hear this racing on to the battlefield bayonet in hand, but for all the power metal stylings, it never quite gets there.

“Dream Stealer” takes things off in a different direction. More “modern” metal, if you like. There’s a touch of In Flames here, the same electronic heaviness. “1944” is rather more in keeping with the album – an intro into the militaristic world of “No Surrender”. A maelstrom of confusion that ends with blood shed on the battlefield.

The themes, the feel, the vibe and the sound of “The Other Side” is very much “classic metal” and that means that the world of Eternal Fear is absolutely as should be.

However something else needs saying too: this sounds as fresh as Heavy Metal has in a long time. Metal is dead? No, not a chance. It’s still flourishing in the shadows. It will for all eternity. No fear.