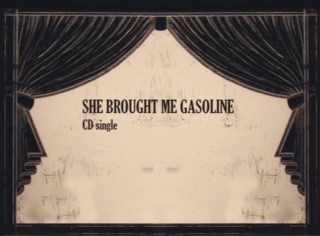 A former band of the day, Bernard gets his banjo out

This is something a bit different for the Maximum Volume listener. Not only are we reviewing a single release but it’s also a genre of music that might not be ordinarily associated with our usual tastes. Here’s the blurb that came with the release;

They come from the mines of Appalachia where Dock Boggs left his health, from 6ft underground where Burnside’s love rests, from the streets of Hearne where Blind Willie played on Saturdays, from the shore of chilly Jordan, from the Oldham’s back porch in Louisville, from another side of Dylan, from Folsom prison and Glen’s Greystone chapel, from the last scene of The searchers and Ethan’s sorrow, from duelling in Deliverance, from the band in Southern comfort, from the wreck of the Old 97, Gus Cannon’s ghost, Solomon’s fast train, Woody’s land, muddy streets of Clejani and Bogdan’s farms.

I quickly read this and thought this should be OK and started playing it. It is banjo driven, Deliverance style bluegrass with a contemporary twist. The Appalachian harmonies are there and it sounds completely authentic. Of the two tracks here the first, ‘Pathway’, is a slower number that seems full of sadness. The second track ‘Soul Made In China’ is in my opinion, the better of the two. It has a bit more rhythm and the vocal/banjo interplay is great. Having listened to the two tracks I started the review, at which point I read the rest of the Press Pack to discover that these guys are Croatian and the music was recorded in Zagreb! Given their origins, they have absolutely nailed the sound of the music from across the Atlantic that inspires them.

I can imagine that they are even better in a live setting and once they have an album’s worth of material to dip into, I think they will do well with Europe’s fans of Americana and Roots music. A promising start and a band worth watching out for.