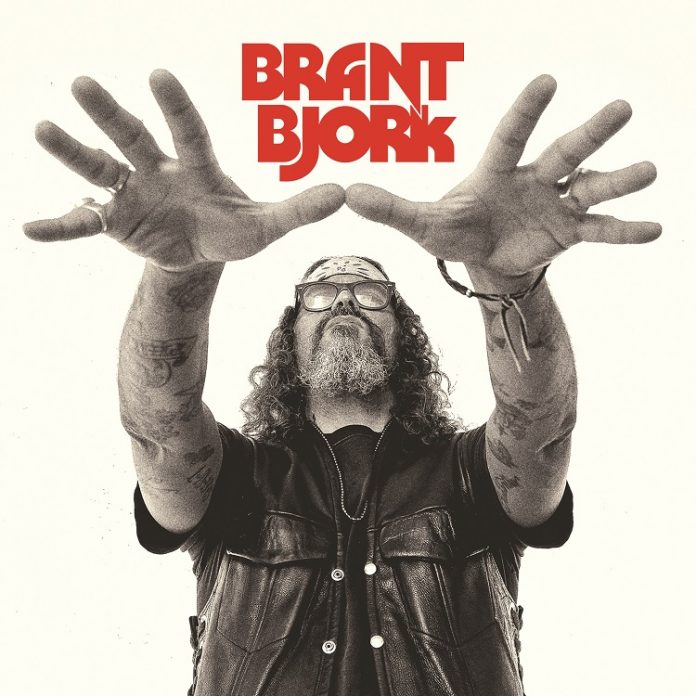 Reviewing every Brant Bjork record that gets released would be the devil’s own job. There are few artists – and that word is deliberately chosen in this case – with as varied and involved discography as he has got.

The last one I wrote about on this site was “Tao Of The Devil”, which came out three years or so back. A rough count suggests that there have been about four since. The self-titled one that is right here is very, very different from those though.

Put it this way, it is self-titled for a reason. He plays every instrument on its eight songs, and without typecasting him, it is the Brant Bjork I always liked too. The hard rocking one.

On these eight songs – even the acoustic one – BB locks himself into a groove, and he doesn’t stop.

The slow, understated, “Jungle In The Sound” begins things. “There’s a school,” he sort of half sings, half intones. “Made for fools. They write the books, they make the rules”. It is wonderfully simple, and if I might suggest, the sound of a man who makes his own regulations.

“Mary (You’re Such A Lady) likes the idea so much that it basically does it again, before “Jesus Was A Bluesman” – perhaps the pick of the record actually – adds just a touch of classic rock style urgency. This isn’t Van Halen, but nor is it strictly the “blues” either.

There are many of these, when you look at the titles, you think: “how does that work?” Then you listen to the likes of “Cleaning Out The Ashtray” and you just know he has an instinct for this. The percussion here is superb, for example.

“Duke Of Dynamite” doesn’t explode, as the name might suggest, but instead, rather like the rest of it’s brethren, is a slow burner, there is a touch of the barroom about the music for “Shitkickin’ Now”, but the oddly tracked vocals take it to a different place. It is worth saying here, perhaps that this is a record that sounds great, never mind anything else. It was recorded and mixed by Yosef Sanborn in Joshua Tree and mastered by John McBain (ex-Monster Magnet). They’ve done a wonderful job.

“Stardust And Diamond Eyes” gets kind of funky – there’s just something innately slinky about it, while the acoustic “Been So Long” has the same feel as the “plugged in” ones if you like. That is to say, it is indefinable, but it is the type of thing that you just involuntarily nod along to, whether you like it or not.

“Brant Bjork” is an album that needs time. You do sometimes feel you have listened to the same song eight times, but then you hear the subtle differences, you feel yourself humming the hooks, remembering the key lines, such as “to get the taste of a win you gotta learn to lose” in “…..Long” say.

You can’t call it a re-invention, given that he never stays still for long, but with this album, 20 years after his debut solo record, there is a bit of a feeling of a return in some way.