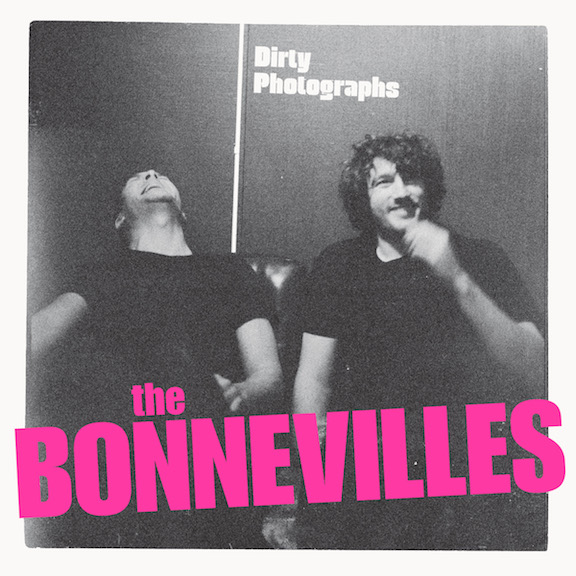 Northern Ireland’s finest are at it again

“It’s a poem of tribute to my wife’s bum.  She’s very pretty and does have a lovely one.”

As lines go, that one is right up there.

The man who said it was Andrew McGibbon Jr. He’s one half of The Bonnevilles – who are the finest thing out of Northern Ireland since Joyrider (a punk band that MV adored in the 1990s for those unsure).

To understand why they are so magnificent, it is probably best to go and watch them live where, just like that other duo so beloved on these pages The Picturebooks, they find something truly primal and really belong.

However to understand the majesty of the band on record the truth lies somewhere in between the arse of Mrs McGibbon (the subject of the title track, no less – it probably helps while on the road?) and a line a little later in the record. About halfway through the album, comes “The Poachers Pocket”. It’s bouncing along in a dark, bluesy, fuzzy type way (in short, it has captured all that makes the band great) when McGibbon Jr, sings “does the Devil do the work of God? That would explain a couple of things.” A throwaway line, perhaps, but it seems to encapsulate The Bonnevilles perfectly. A band that knows that for everything good, there has to be something evil. It’s the natural order of things, the yin and the yang if you will.

It’s also, in a way, the balance that McGibbon and drummer Chris McMullen walk too. Which is exactly why for every dirty, grooving rocker here, there is something like “By My Side” which sounds as if they have just marched into Sun Studios in the late 50s, elbowed Elvis off the mic and laid down their own jam.

That’s also exactly why the next song “Don’t Curse The Dark” revels in the eerie sounds early on, before giving a sweet message. “There is always love,” offers the chorus, while the keyboards ensure this has an expanded sound palette and a soulful side.

For all that though, their natural habitat is somewhere rather different. “The Fox Runs Long” is exactly what Robert Johnson was planning when he legged it to the crossroads with a deal in mind. Blues that has never seen civilisation and wouldn’t care if it had, while “The Good Bastards” has a positively filthy boogie and a hook that is made for screaming.

There is something about the drums in “Panakromatik” that are going to get their own way, somehow, anyhow, while the longest song here (by quite some distance) “The Fever Of The Zealot” has a low down feel which isn’t so much swampy as straight out of the primordial sludge, but in true contrary style they follow it up with “The Rebels Shrug” an acoustic thing which ushers itself in on a wave of strings.

As if to magnify the feel that The Bonnevilles are a band that could – and will – do anything they choose, things end with “Robo 6000” which has a space like feel. Instrumental, it gives the record one final lift off, as it were, and will no doubt take on a life of its own on some dark stage that The Bonnevilles will cheerfully own.

2016’s “Arrow Pierce My Heart” was a wonderful album. This one, although different in feel, is just as good. And just think, if these are the “Dirty Photographs” they are prepared to show the world, then goodness only knows what they’ve got behind closed doors on the tour bus.

We probably don’t need to know, just revel in the glory of this instead.