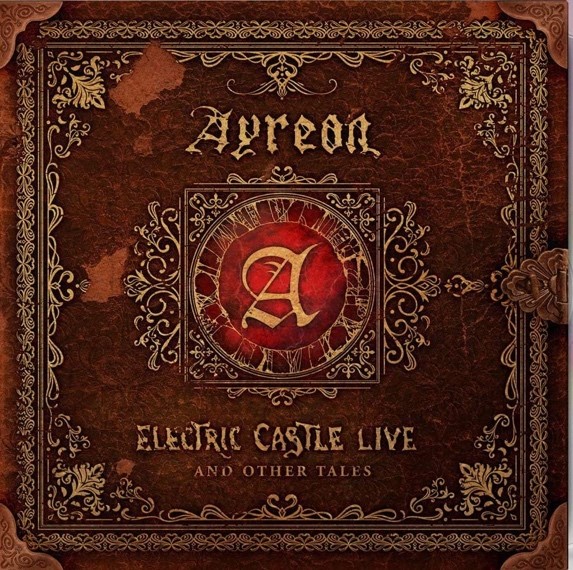 After years of not playing shows, Arjen Lucassen has clearly now got the bug but it’s on his own terms. His well-known dislike of playing live had seen Ayreon only exist in the recording studio but he surprised everyone back in 2017 with the Ayreon Universe live shows in Holland. Surrounding himself with a fantastic array of supporting musicians and vocalists, they brought to life songs from all points of Ayreon’s career. In fact, supporting musicians does not really do them justice, as he pretty much left everything to them and only made a cameo appearance at the end of the show. Those concerts spawned a live album and DVD that clearly served as a stimulant for more live performances, as a further show followed at the Graspop Festival in 2018 and then he announced that his most successful album, The Electric Castle, would be performed in its entirety over three nights in 2019. Those shows, like the others, sold out instantly and attracted fans from all over the world. Off the back of those concerts comes a further live release, the 2CD/DVD version of which is the subject of this review.

It has to be said that the presentation of the story involves a fair bit of narration between tracks, which can be a bit ‘Dungeon & Dragons’ at times. However, it is all part of the story and gives the opportunity for the musical changeovers – in all I make it 25 musicians and vocalists performed these shows, including the Man himself.

The first disc and a half features the original album and it is a cracker. Very melodic and choral in some places but with a full rock assault in others – the contrast work really well and it’s always an interesting listen. Throughout the playing and singing is immaculate and the audience add to the overall feel with their enthusiastic devotion to the music. I like it all but the rock songs are my preference particularly ‘Amazing Flight’, ‘The Garden Of Emotions’ and ‘The Castle Hall’. Once the album has been played the second half of the second disc presents ‘Other Tales’, which are a selection of choice cuts from Arjen’s back catalogue. This is the only place where it lost a bit of impetus to my ears; a cover of Marillion’s ‘Kayleigh’ featuring Fish (yes, he’s one of the cast for the show) actually seems a little out of place  and ‘Pink Beatles In A Purple Zeppelin’ is a pastiche of 60’s psychedelia that doesn’t qiuite work for me. However all is redeemed with the closing song, a superb riff heavy ‘Songs Of The Ocean’which features all of the performers on stage together and is the only time Aryeon actually straps on his guitar – it is one of his stand-out tracks from over the years complete with a singalong chorus and heavy metal shredding. It’s a great way to end the set and both audience and listener leave happy.

The 2CD set is value for money as it also comes with a DVD of the whole show and that gives the full Ayreon live experience; the stage set, costumes and video screens help the cast turn a rock album into a piece of high quality musical theatre that is a visual and sonic treat. Existing Aryeon fans will absolutely love this release and that is really the whole point of it; it’s a celebration of a significant moment in time for Arjen Lucassen, that he’s decided to share with those that made it special, the fans.