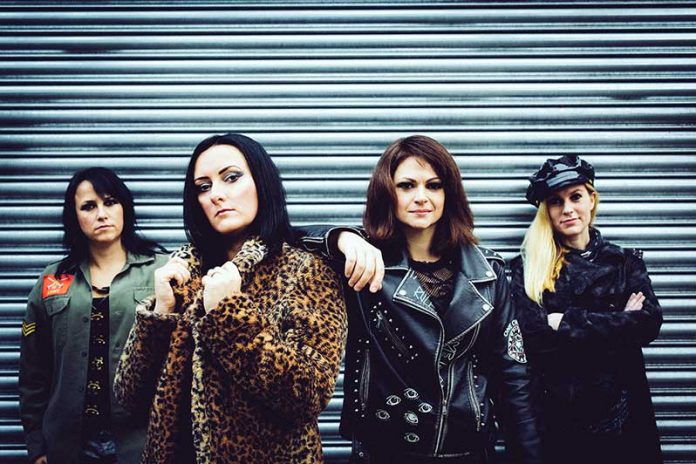 JOANovARC will release their new passionate, soulful and powerful self-titled album ‘JOANovARC’ through Pledge Music/ Holier Than Thou Records ‪on ‪Friday 31st May 2019. The album was mixed and mastered by Wayne Proctor. The band will release the single ‘Jane’ on Friday 22nd March.

The band will launch the album on Hard Rock Hell Radio with DJ Moto on Saturday 1st June from 7pm. Listen here –http://hardrockhellradio.com/live/.

“A pleasure to work with in the studio, great musicians and one of the most hard-working bands I know.” Gil Norton – Grammy- winning producer (‪Foo Fighters).

Acoustic guitars on “When We Were Young” recorded at Superfly Studios, Nottinghamshire. Engineered by Andrew Banfield.

To celebrate the release of the new album, JOANovARC will embark on their May/June UK Tour. Tickets for all concerts can be booked viahttp://joanovarc.co.uk/events/.

The new energetic and diverse album features 11 finely crafted songs. ‘JOANovARC’ are delivering powerful rock anthems with a modern twist. This four-piece band are a driving force live which transcends on to their new album. The opening track ‘Burning’ is ballsy, brash, passionate and will hit you in the face.

“We are family, true flesh and blood and best friends. This has always given us a special bond and an automatic connection with our songs. We have always written songs together from when we were teenagers based our own true experiences. A sibling band always delivers true passion.”

The album encapsulates JOANovARC’s live energy and reveals a dynamic mix of dark and light. From ‘Burning’ to the soulful sounds of ‘Try It On’ which showcase both Sam and Laura’s diverse vocals.