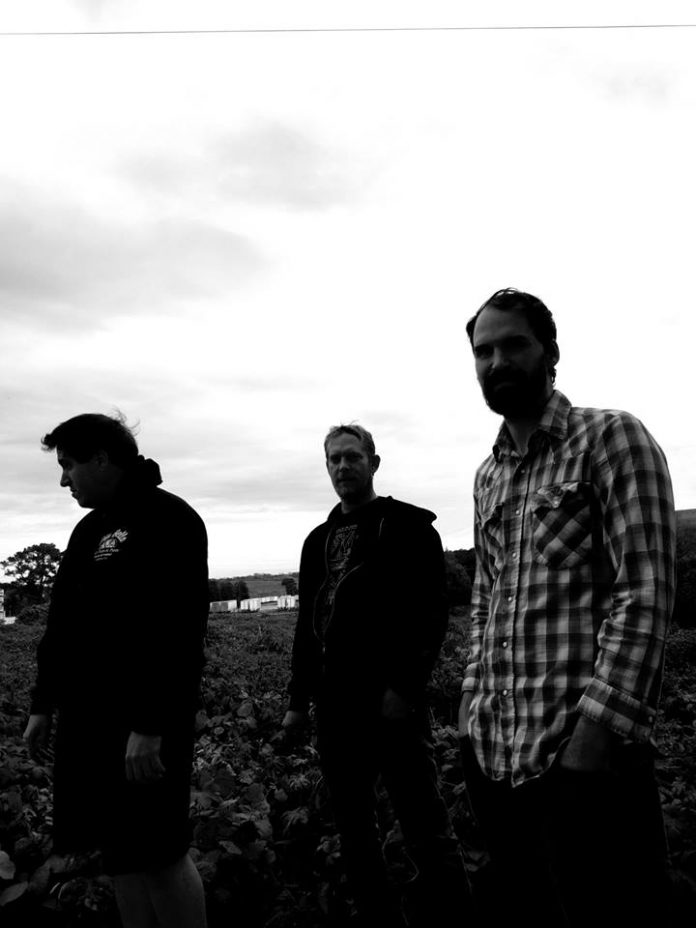 We are delighted to be able to steam new single, “Isle Of Palms” right here.

So, what is the reformed outfit offering up after all this time?  Choppy, spastic rhythms. Spaced-out, haunting magnetic shrieks. Blistering hits at breakneck speed. Anguish and fear, belted out until running on fumes. Labor-intensive is one way to describe the effort on display in Hellas Chasma.  Short of the prevailing rigmarole that’s associated with the heavier side of guitar music, PALACES are more likely to give color and character to their sound than to call it metal, noise or hardcore.

All the agonizing, all the dismay, all the faults of simply being are melded into a blitzkrieg of sonic assaults and morose mayhem. Hellas Chasma finds the Atlanta triumvirate rarely letting up. The band’s tone shifts from melodic undertones to soulful shouts to angry dissonance as it traverses so many states of the human experience. It seems almost anyone can find common ground with PALACES.

Hellas Chasma will be released on September 18 2020.