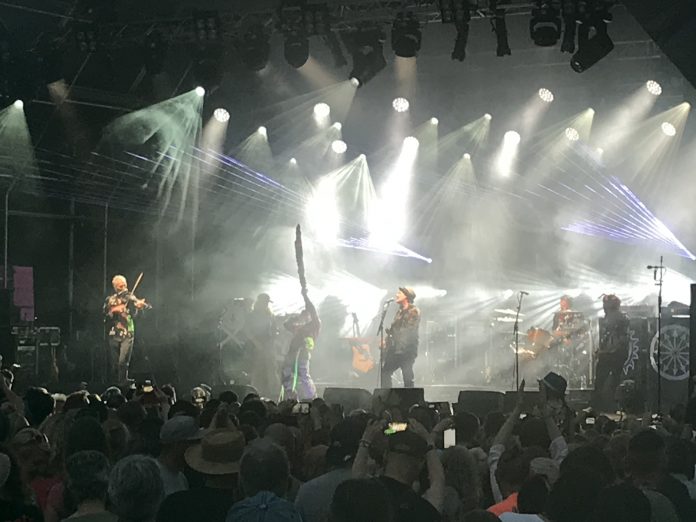 “Let’s have a beautiful day.” Chris Catalyst is being literal for once, as Eureka Machines come out on stage in gorgeous sunshine. To be fair, any day is sunny in EM’s world and “Champion The Underdog” induces grins almost everywhere. “These Are The People That Live In My House” keeps the vibe going and late 90s, Honeycrack and Wildhearts sounds are everywhere. New track “Revolution” pleasingly doesn’t try and update the recipe and the besuited boys and proudly their own men if their half hour is anything to go by, they always wanted to be a “Pop Star” after all. Doing it DIY and still doing it well, they’re the “Zero Heroes” – as their last song says. 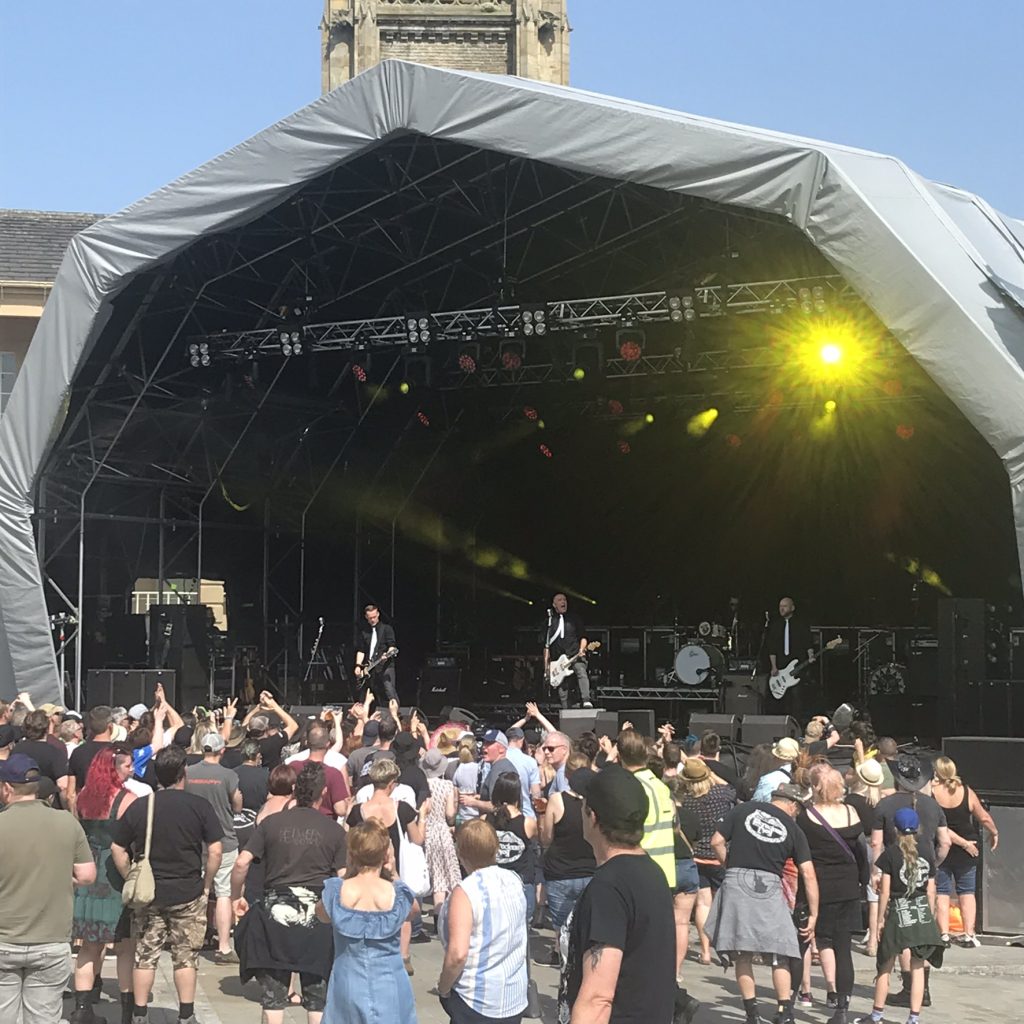 “A nation united by a hatred of Tories”. Let’s be honest here, you can have your own reason why Ferocious Dog are the best support band you’ve seen in decades, but that line on “Spin” is mine. Seeing them here, for the third time in six months there is nothing to dissuade me from the opinion that FD are national treasures. “Cry Of The Celt” from their just released new record is a fabulous opener, but in honesty you can pick anything here and find a gem. “Gallows Justice”, their take on “Johnny I Hardly New Ya”, the gentle “Lyla” dedicated here to the Sea Shepherd charity, or the wonderful “Black Gold” all fall into that category – and if you want to have wonderful songs with a positive message then there’s none better. Their most overtly punk thing- albeit one with a fiddle solo- “Slow Motion Suicide” condemns Thatcher’s 80s, and notwithstanding this current bunch are worse, then one day Ferocious Dog are going to headline things like this. They are quite, quite stunning here. 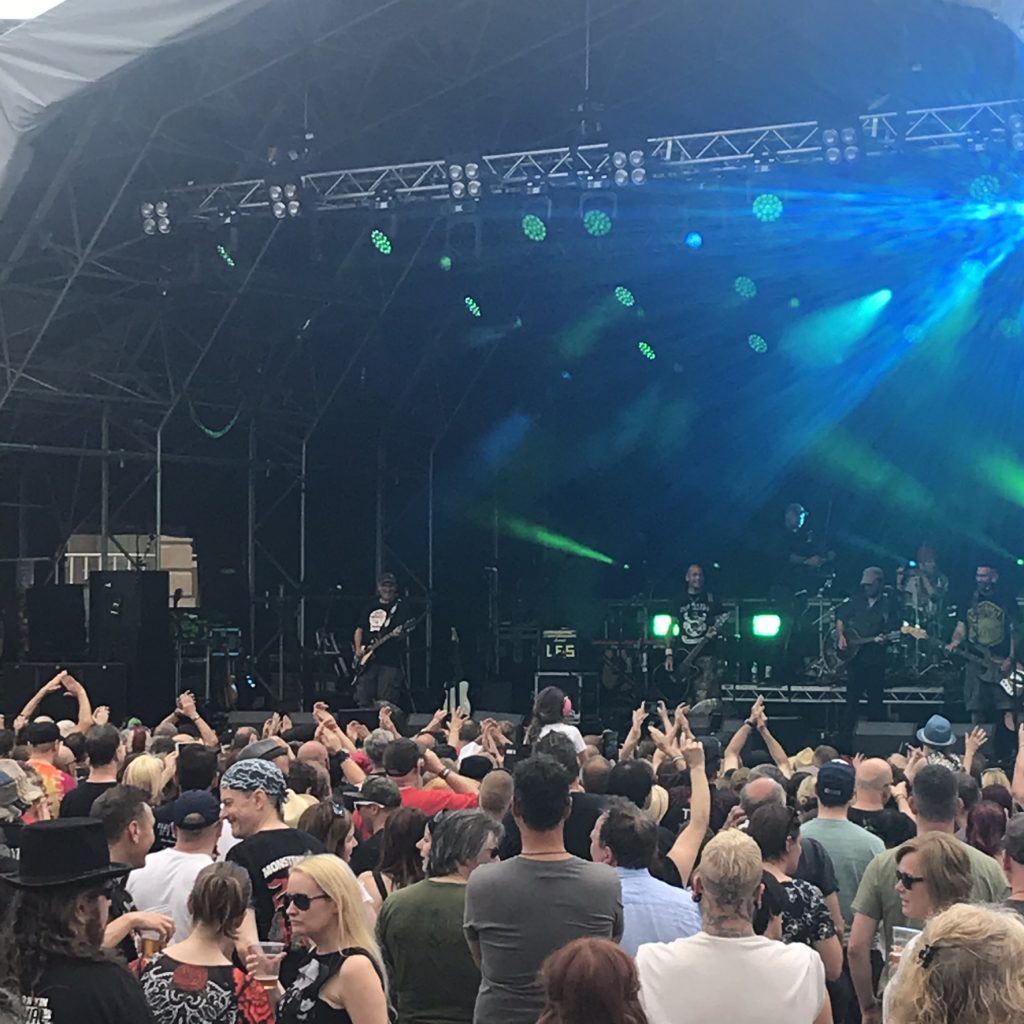 We’re Therapy? We’re gonna bring the darkness” says Andy Cairns just as the drizzle starts and the cleaning staff are clearing up a load of puke from next to me. The band work better like this. They’re old hands now, but if relative newbie “Wreck It Like Beckett” proves they’ve still got it, then “Die Laughing” proves they always did. Their skill is making anthems out of things that shouldn’t ever have been. “Kakistrocracy” “with its ok, not to be ok” refrain is a case in point, as is “Callow” another from last years album. “Isolation” is a crowd pleaser, and if they’ve been battling against following Ferocious Dog – who have a staggering following here – a little, then more like “Trigger Inside” set out to cure that. “Stories” likewise, “Teethgrinder” rumbles on that Michael McKeegan bass line, “Potato Junkie” is glorious and “Nowhere” is arguably one of two festival songs in this arsenal, “Knives” on other hand, is twisted, the only love song with the line “I wanna crawl up inside you and die” at its heart, and “Screamager” – the copper bottom fest tune here – is mighty. 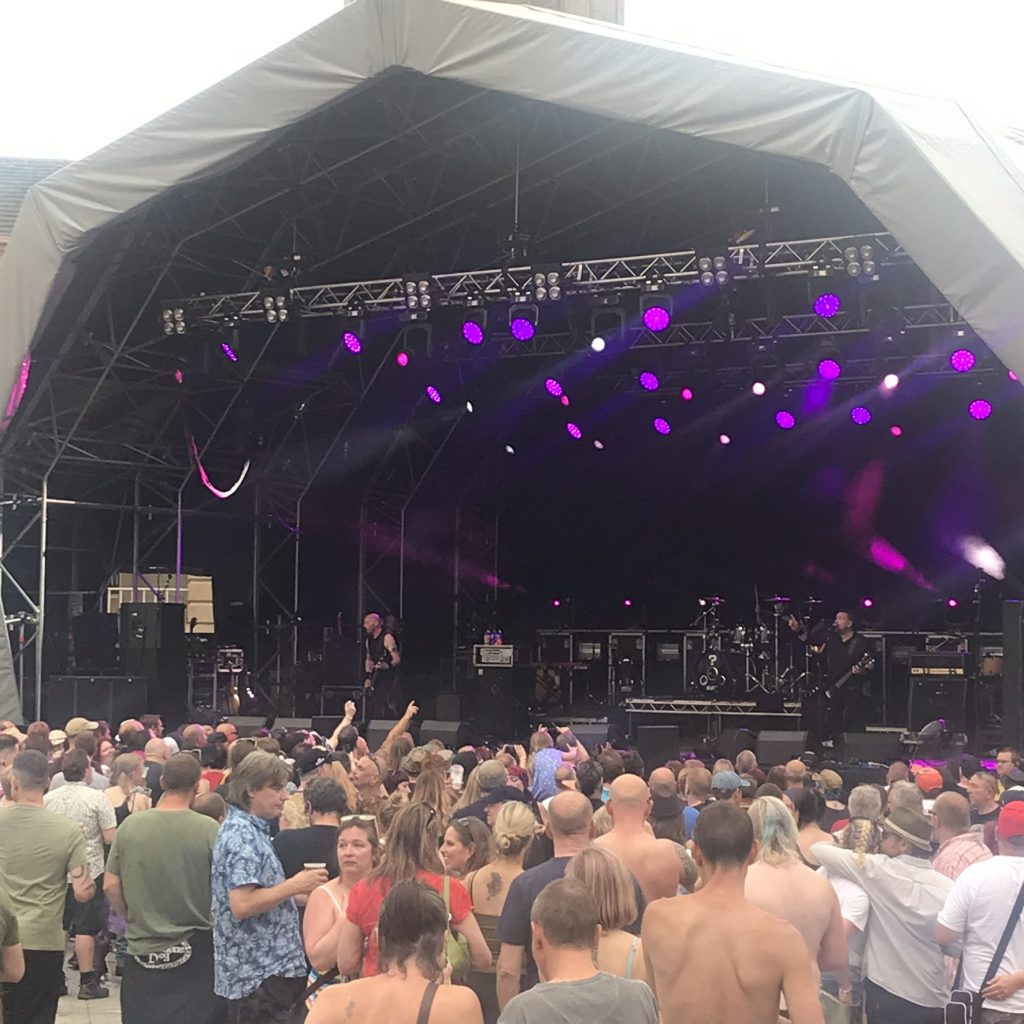 If Therapy? By definition are not made for “fun” then Terrorvision, ladies and gents, brim with the stuff it takes. Like a glitter cannon shooting Skittles in the air. They’ve dusted off their shiny trousers, and their back catalogue too as “Alice, What’s The Matter?” starting here, makes clear. The whole set – to be fair- is one hit after the next,“Discotheque Wreck” is followed by “Tequila” and so it goes. “My House”, “Celebrity Hit List” – and there’s a plenty more. The best thing about the band is they’ve never changed. Ever. The same glorious near shambles, no matter where they are, all with a cheeky smile and a chorus many would kill for. Whether that’s one about a sex change – “Josephine” – or “If I Was You” which is quasi-punk, it doesn’t matter. It all sounds as full of beans as a 4-year old on Christmas Day. Even “Some People Say” the only ballad here, doesn’t seem reflective. “Friends And Family” distils the whole silliness to the “party over here,” chant, the trio of “Pretend Best Friend”, “Perseverance” and “Oblivion” still puts them in the Premier League. Terrorvision, then. “Shit ‘ot” as they said themselves. 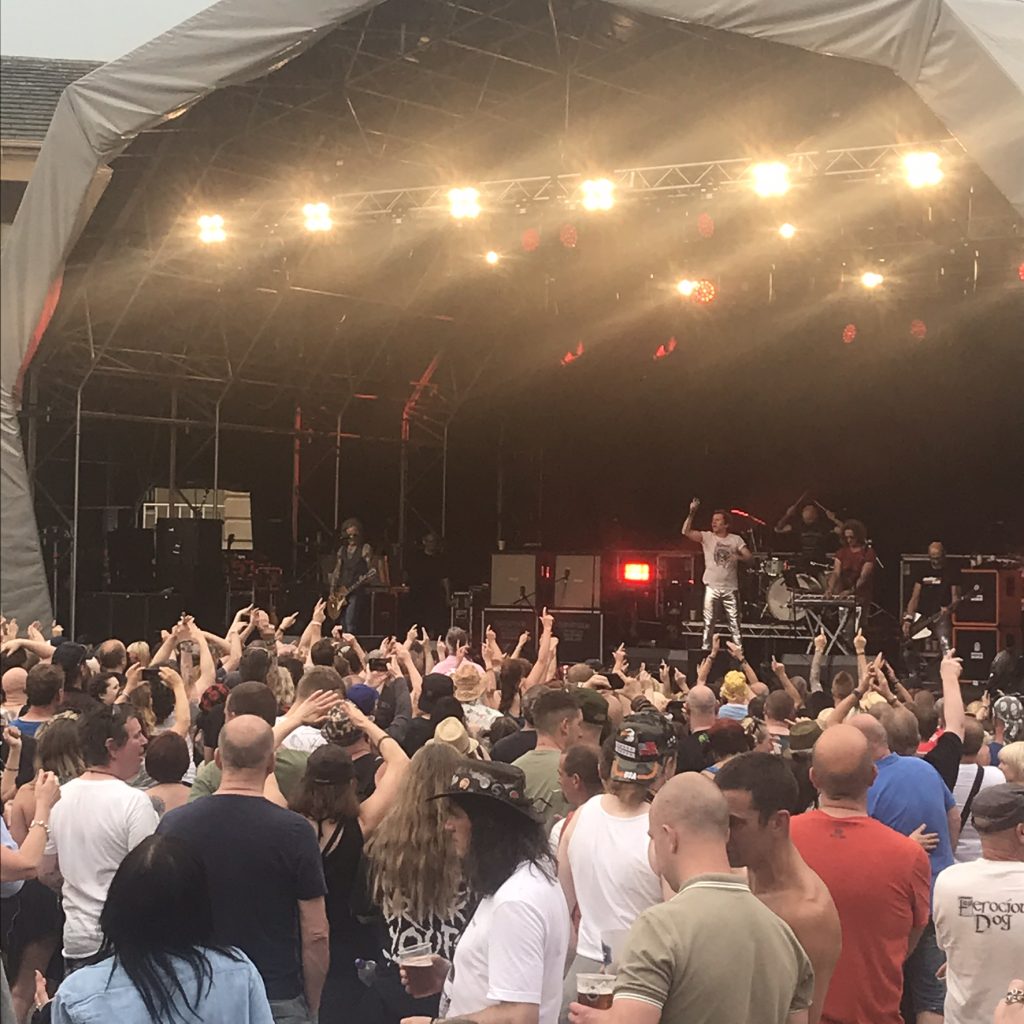 As Terrorvision frontman, Tony Wright, put it in their set: “they haven’t seen crowds like this at Piece Hall since they stopped flogging folk”. The reason for the gathering is The Levellers.

Few bands engender such devotion amongst their followers, and from the opening “Liberty” there is a feeling that this is basically a victory lap.

There is a special poignancy to the lyrics of “England My Home” given the politics of the time, which means that the forthcoming new album – from which two songs are aired, “Food, Roof And Family” is the pick – will have a particular relevance.

“Julie” is more acoustic and gentle but works brilliantly in this setting, while the Didgeridoo Solo that follows, is incredible in all senses of the word.

That in many respects, coming at the halfway point, is almost a palette cleanser, and the second half, choc-full of anthems like “One Way”, “Hope St” and “Carry Me” soars in a near literal sense and it is clear that in a setting like this in front of their own crowd, The Levellers are unstoppable.

There is a genuine warmth here, as both band and crowd feed off each other for “Men-An-Tol” and “Dirty Davey” and as “The Cholera Well” ends the set, you have to reflect too, on the wonderful musicianship and songwriting on show.

“Beautiful Day” – and it’s key line “nothing is impossible in my own powerful mind” seems to have ever more meaning in this collective experience – is apt, obviously but as “What You Know” rouses the rabble one last time, this is one of the great shows.

The fact is, whatever level you engaged with them on, and if it’s just great songs that’s fine too, The Levellers delivered here.