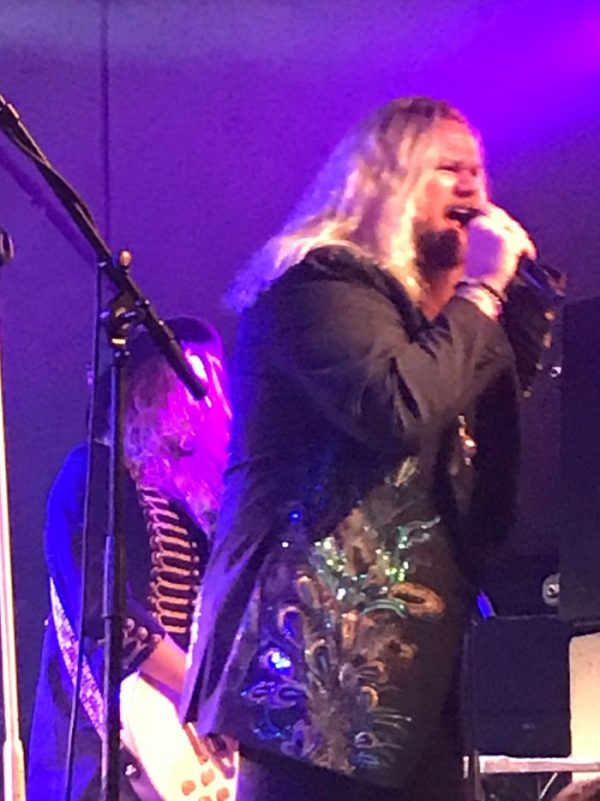 Nathan and the boys ensure their rise continues

Considering Gypsy Heart only announced their full line up about 10 days ago, then for them to play like they do here marks them out as a four-piece to watch. Singer Heather Leoni has a formidable voice, and there is something of the grooves of Blues Pills about them. “Wolfpack” is fun and is turned into a singalong by virtue of the fact it is very good indeed, while “Redemption” is better still. It closes a set of a new band that clearly has a lot to look forward to.

Speaking of which, hello, Wayward Sons. 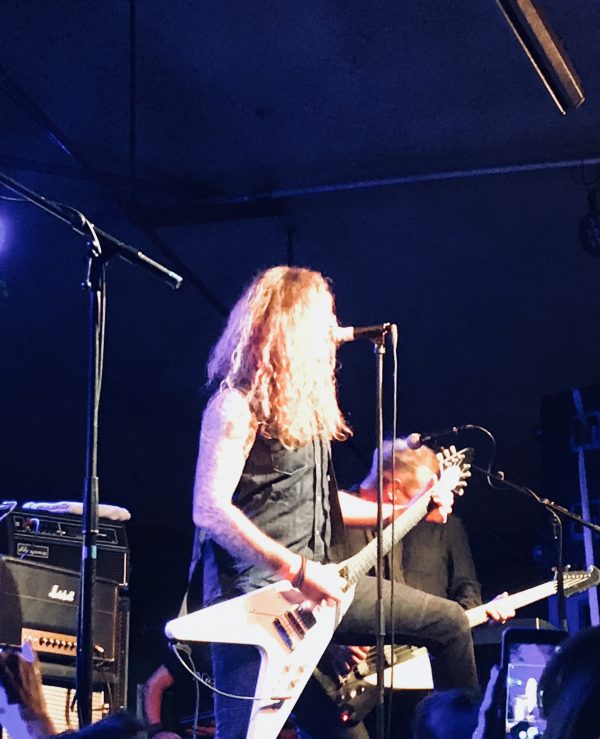 A couple of weeks back the quintet released their “Ghosts Of Yet To Come” album to rave reviews (not least on this site) and we are exceptionally happy to announce that live they are arguably even better. A sold-out crowd is already in place when they kick off with “Alive” as if lives depends on it. Singer Toby Jepson has surrounded himself with a collection of youth and experience here and frankly he hasn’t looked this invigorated in 20 years. It is one of the newbies, guitarist Sam Wood, that shines. Long hair swinging and looking like an axe god in waiting, he’s a star, but the set which merrily takes in nine of the album, showcases its majesty perfectly. “Ghost” and “Don’t Wanna Go” move things up a gear, and “Killing Time” sees that Jepson has lost none of that ability to roar that he’s always had. Charisma isn’t a problem to any of them, meaning that Jepson is the ringleader, yes, but not the only focal point. “Small Talk” – which is the finest destruction of growing up in the 80s in many a year – is glorious, and hearing these songs in such quickfire fashion only emphasises the sheer quality of the album. Before the conclusion – the Planet Rock A-listed single “Until The End” – Jepson hits the nail on the head. “People tell me rock is dead? Looks like it, doesn’t it….” On this evidence, Wayward Sons are coming for you and they aren’t going to stop until the job is done.

Of all the things to like about Inglorious, then this is right at the top of the list: they’ve done it the right way. They’ve grown through word of mouth. Back in the summer of 2016 MV was in this room watching them play. The crowd was healthy. About 400 at a guess. Fast forward just over a year and you can’t move in the Robin. And there are people of all ages here too. From the 14-year-old kid singer Nathan James spots at the front to the middle-aged women a little further back. They are all joined together by these songs, by the two brilliant albums the band have put out – and that’s why they keep coming back.

A breakneck 85 minutes takes in 20 tracks with a roughly even split between the two records. New ones like “Read All About It” and “Taking The Blame” are already favourites and older ones like “Breakaway” and “High Flying Gypsy” are greeted like old friends. You’d say they were infused with a greater confidence, but Inglorious never lacked that, whatever it is though they are a mighty proposition.

New guitarist Drew Lowe is to the fore on the slinky “Making Me Pay” and as always James’ is a frontman of rare vintage. The fact he’s an incredible singer is so obvious it is easy to get blasé about it. The fact he has a presence and a charisma is impossible to ignore.

After a mighty “Bleed For You” and their signature tune – like Iron Maiden they have an eponymous song – they pay a wonderful tribute to Chester Bennington and Chris Cornell with stripped down and fragile takes on “Numb” and “Black Hole Sun” before showing their versatility with a thumping “Unaware.”

They end with the first and last songs on the new album (number one on the rock charts, if you don’t mind) and “High Class Woman” in particular is magnificent. They are rock stars now, though and rock stars encore. James plays the first half of “Holy Water” from the floor with 700 of his closest mates and “Until I Die” is triumphant by way of a closer.

The facts speak for themselves and anyone who has seen them knows this to be self-evident. Inglorious are on their way to being very, very big indeed. And when in 10 years’ time, everyone in some huge arena claims to have seen them on this tour, then at least those who crammed in here tonight knows the truth.