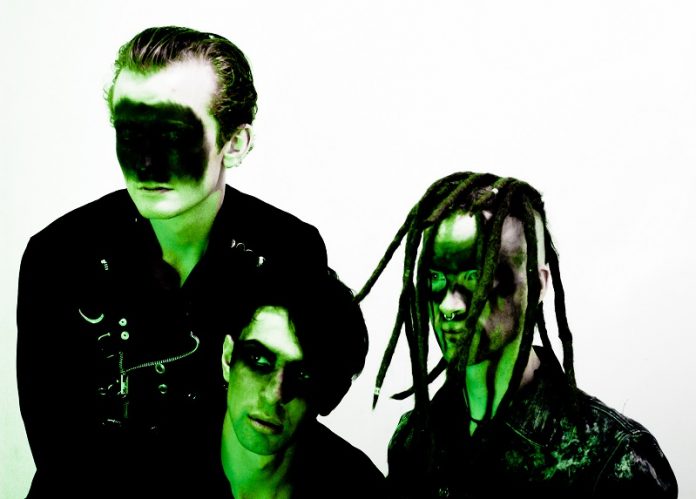 Forged out of Oompalunatiks, the brainchild of Ignius Shacklebolt, the kernel of Ooluu was Asa and Davindra’s meeting through Ignius. Initially a five-piece band, Oompalunatiks was formed early in the summer of 2012, and had Ignius on vocals, Davindra on keys, Asa on bass, Thi on guitar, and Pete on percussion.

The bulk of 2012 saw Oompalunatiks playing shows around Ottawa. Ignius left the band in the start of 2013 to pursue other creative projects, and Davindra took over vocal duties. Oompalunatiks invited Wychdoktor to play with them, as he had earlier opened for them, and quickly found he was a perfect fit that brought new energy to the band.

The rest of 2013 saw Ooluu recording and continuing to play shows and expanding their following both in Ottawa and abroad. Their first single and music video, Powder-White, was released in December 2013; on February 14th, 2014, their debut EP, Mannequin, was released.

Ooluu had already begun writing new material by the time of Mannequin’s release; 2014 saw Pete depart from Ooluu to pursue other interests. The band continued writing and refining their sound, and largely took a break from live performances, with the notable exception of their unplugged and live performance of Trapped Inside The Mannequin on Algonquin TV in late February.

The departure of Zack in the summer of 2014 formed Ooluu as it is now. Davindra, Asa, and Wychdoktor retreated entirely from live performances to hone their new sound and conceptual oeuvre, OPHUS.

Emerging only briefly in 2015, Ooluu began the proceedings for the second cycle, and on January 23rd, 2016, after almost two years of patiently perfecting it, will unleash OPHUS unto the world.