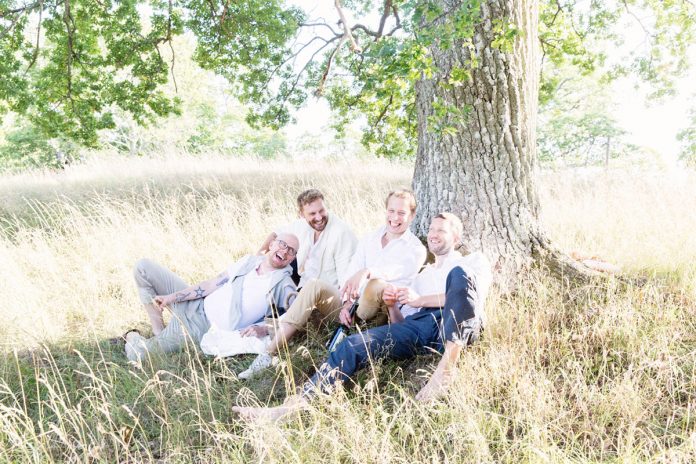 What do you get if you cross a hugely successful songwriter who has written hits such as Icona Pop’s “I Love It”, an internationally renowned jazz guitarist, a highly skilled drummer and the singer of from ‘Satan Takes A Holiday’? Bitch Hawk!, that’s what!

Bringing together such diversity has created an explosive, aggressive and relentless musical landscape nestled somewhere in the extreme-metal sonic range while keeping it all distinctly punk.  Death! pulls no punches, being the second taster from the up-coming self-titled ‘Bitch Hawk’ full-length release (5th Jan 2018), this is 2 minutes and 11 seconds of pure frenetic energy.

For the video, the band tried to find a visual representation of the track, finally resting with a montage of Electroboom’s misadventures from Youtube, check out the video below.

Take one of Sweden’s most respected jazz guitarists, a billboard songwriter from the Swedish songwriting wonder, an established rock singer and a ska drummer, and you get, perhaps unexpectedly, the hardest rock you’ll hear this year. It’s like somebody had too much coffee. It’s tractor pulling fuzz guitars and stiff boned drums. It’s neo-thrash-, punk-, hardcore-, sludge-, speed-metal. It’s the perfect blend of Beastie Boys and Bathory.

Patrik Berger, the bass player, is a well-known songwriter to big stars like Lana Del Rey and Charli XCX. Among the numerous hits’ he’s written notable tracks include “I Love It” for Icona Pop and “Dancing on My Own” together with Robyn. Andreas Hourdakis, the guitarist, is a well known Swedish jazz guitarist that plays international shows in Magnus Öström’s (E.S.T) band and just released a well-received solo album as Andreas Hourdakis Trio. The singer Fred Burman also sings in the band ‘Satan Takes A Holiday’. On drum, we find Henrik Holmlund.