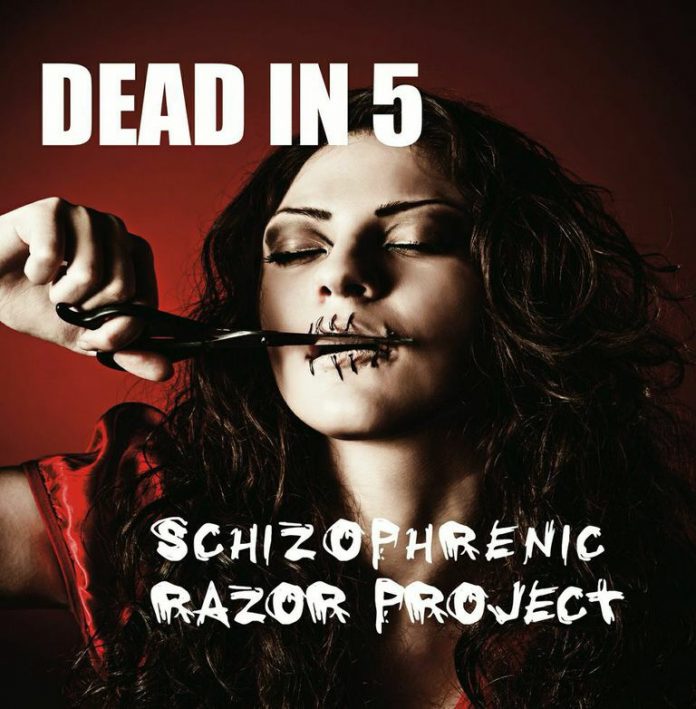 Underground outlaw rock from Detroit ready to get noticed

Running a website like this one, to be honest, is for a music fan, pretty damn awesome. Every day we get emails from all over the world with bands telling us how “stoked” they’d be if we’d check out their latest offering.

Last week, we got one from Detroit. We are pre-disposed to like Detroit. Ye gods not only did they give us Alice Copper and Ted Nugent, the city also gave us the only decent soul music there is and it’s name to one of the finest songs Kiss ever wrote. On this particular email from that part of the world was a link to self styled “outlaw rockers” Dead In 5’s new EP.

The accompanying words said: “Evoking a sonic mash up of Clutch, Soundgarden, White Zombie and Led Zeppelin, the band’s dirty outlaw rock will make you raise your fists in salute to their musical juggernaut.  It’s “Sons of Anarchy” meets “Fight Club” set in the post apocalyptic “Mad Max” environment of Detroit Rock City.”

Fair enough, that’s hooked us. These guys are good. Ok, let’s put this on…..

And, let MVM be your guide here, Dead In 5 are proof positive that rock n roll in rock city is very much alive and well.

Appropriately for a razorblade, let’s  cut to the chase: this six tracker begins with a song that is going to be one of the best of the year. “Black Friday Holiday” is a boot to the face of intent, and we’ll see their stated influences and raise them Stone Temple Pilots circa “Crackerman.” A quite incredible – and enormous – opening which sees singer Robert Libres showcase an incredible range.

The question of whether that might just be a one off piece of brilliance is rendered superfluous by “Tripping On The Inside” which is rather like a turbo charged AIC around the “Facelift” era, and by “Silver” you are rather swept up in all this.

That “….Project” sounds so big is explained by the presence of Chuck Alkazian (Soundgarden, Alter Bridge) and the songs on here would, even if they weren’t so good,  still sound like a million dollars. “Still Remains” is all machine gun drumming built around a huge bridge, and the short sharp shock of “Maggots And Flies” is a trip into a dark world where we “snort whiskey” and “drink cocaine” and the mighty riff which ushers “Killing What’s Left Of Me’ displays a more groove based side.

You might know Dead In 5 yet. You should make it your business too get on board before everyone else does. Just tell em we sent you. Because, sooner or later, everybody is going to move their feet, leave their seat, and probably lose their minds over this bunch of outlaws from Detroit Rock City.