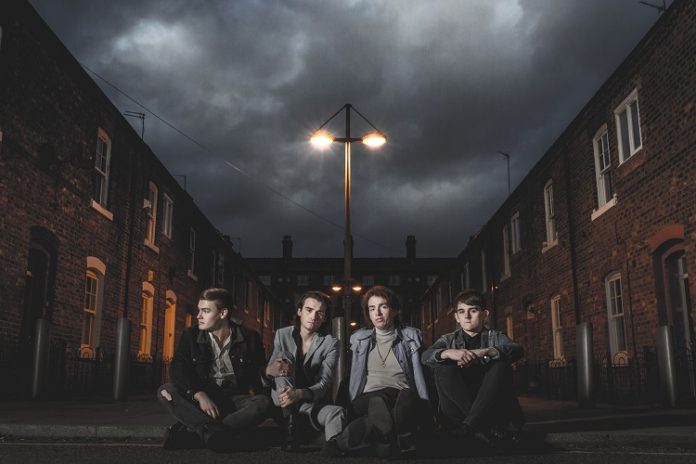 Visceral Manchester indie-punks Scuttlers storm out of the traps today with their new single Lies In The Sky. The new track offers up garage-rock guitars, frenetic drums and urgent post-punk vocals alongside the young band’s in-yer-face energy. It’s on Spotify and Apple Music now, and you can watch the stylish monochrome video for the song on YouTube below.

“Kaiden Nolan has put together a filthy rock n roll quartet – they play ramshackle Libertines-esque rock n roll, reminding us of early Beatles with their good looks and swagger” – Louder Than War (50 Bands for 2019).

Formed in just late 2017 and inspired by the 70s punk of The Clash/The Buzzcocks and the early noughties guitar revival led by The Strokes and The Libertines, Scuttlers played their first shows in early 2018. The band formed after previously solo acoustic artist Kaiden Nolan decided to form the band with life-long friend and cousin Liam Cleere, who then enlisted school friends Jack Phillips and Tom Ogg. They’ve since released their debut EP ‘We Are Scuttlers’,headlined Manchester shows at Jimmy’s and Night People, and blown away audiences at Neighbourhood and Dot2Dot Festivals. The young band (all between the ages of 19 & 21) will follow their debut single with new tour and festival dates in the summer.